Insurance Claims Before & After Photos 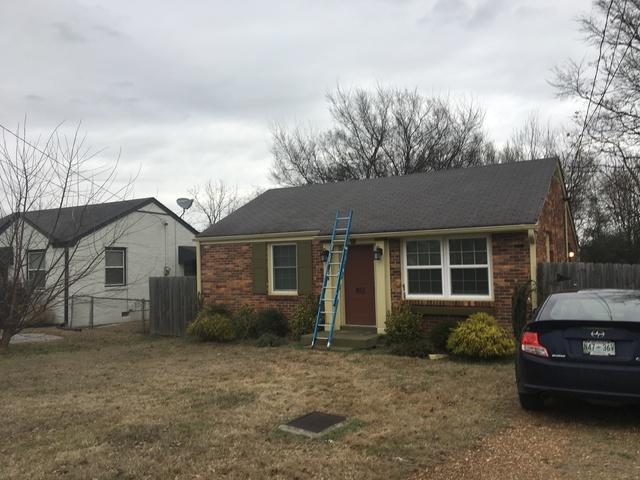 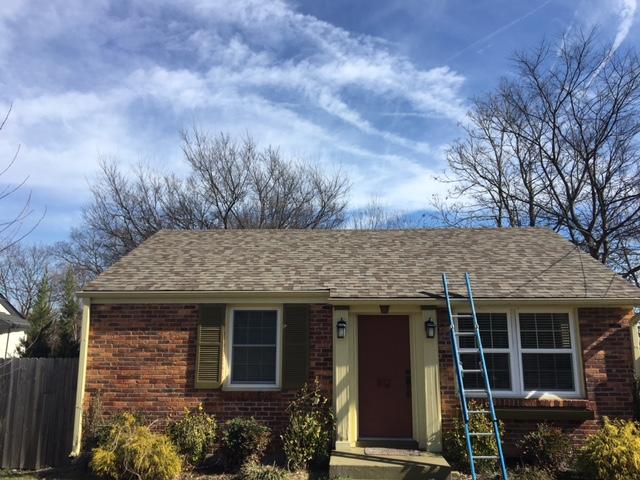 This roof replacement came about due to missing shingles, Mr. D called in for a free roof inspection. There were enough missing shingles to warrant an insurance claim. Since we were able to inspect the roof before the claim was filed Jewell was able to be present during the insurance adjustment. Jewell was able to work with the homeowner's insurance company to get a full replacement due to wind damage. The only out of pocket cost to the homeowner was just their insurance deductible. Jewell replaced the old 3 tab roof with new 30 year dimensional shingle, an Owens Corning Oak Ridge Tru def driftwood.  Which is an upgrade in wind rating from 60 mph of the old roof to 110 mph winding rating with the new roof. 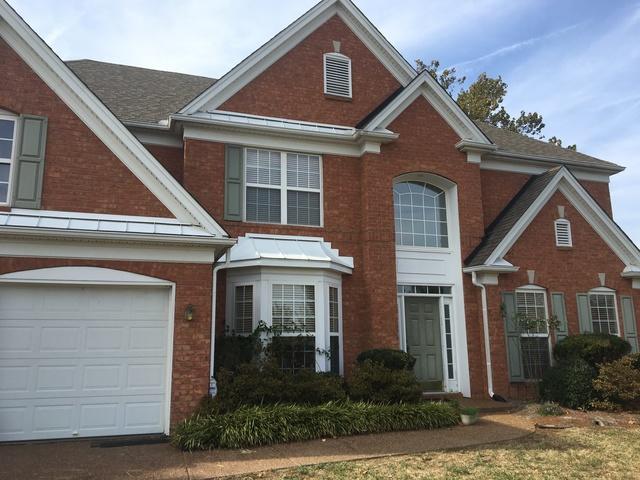 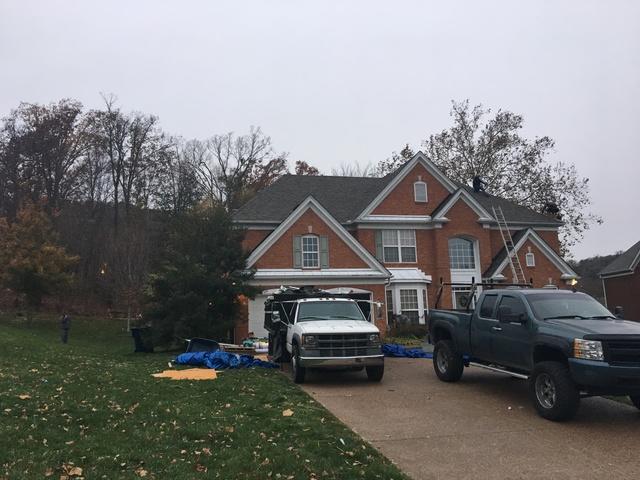 A tree falling on the house leads Mr & Mrs. S to a full roof and gutter replacement. Last spring a storm had a large tree fall on this home in Brentwood. After contacting their insurance company and having an insurance adjuster out. Mr. & Mrs. S called Jewell roofing for a quote on the roof and gutters. After an inspection of the roof Mathew came to find there was more damage than the insurance company had originally estimated for. Having worked with hundreds of insurance companies in his 5 years in roofing Mathew knew the owners could call for a second inspection since they had no contractor present at the first insurance adjustment. As a service Jewell provides our sales mangers will meet with homeowners insurance adjuster to help ensure they get the best claim possible. After a seconded adjustment with Mathew present the insurance company increased the original estimate, lessening the homeowners out of pocket expense. Since the half of the roof had to be repaired and a large portion of the gutters replaced. It was going to be hard to match what was existing since the roof was over 10 years old. Mathew was able to work with Mr & Mrs. S to come within their budget to fully replace both the entire roof and the entire gutter system over a course of a days. There was decking that needed to be replaced, new vents were installed upon homeowner request, the gutters where a close match to the previous existing color. The single that was used is a Malarkey Highlander Scotchgard Natural Wood.

Total Before & After Sets: 7